We all like to cruise in the car with the windows down and our feet up, especially during summertime.

There’s just something so wholesome and right about kicking your bare feet up on the dashboard while the wind blows through your hair. 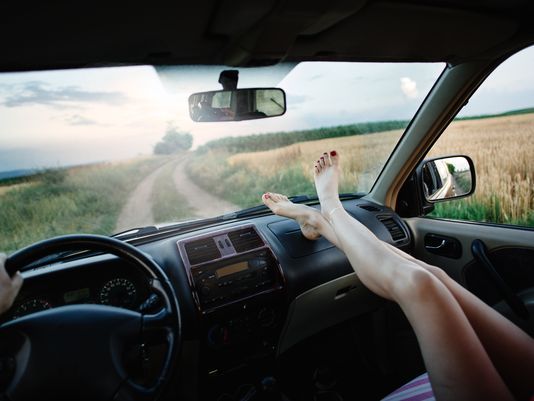 But it’s actually a very dangerous thing to do. One woman’s harrowing experience makes it clear that it’s not worth the risk for that momentary sense of comfort.

Airbags deploy at anywhere between 100 and 220 miles per hour. 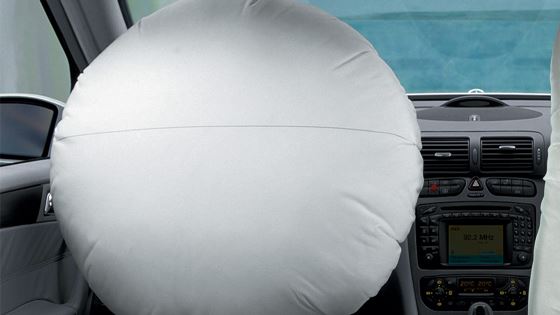 Which far too high of a velocity for any human to react to.

Audra Tatum, a mother of three from Walker County, Georgia, would always — without fail — ride in the passenger seat of the car with her feet on the dashboard. 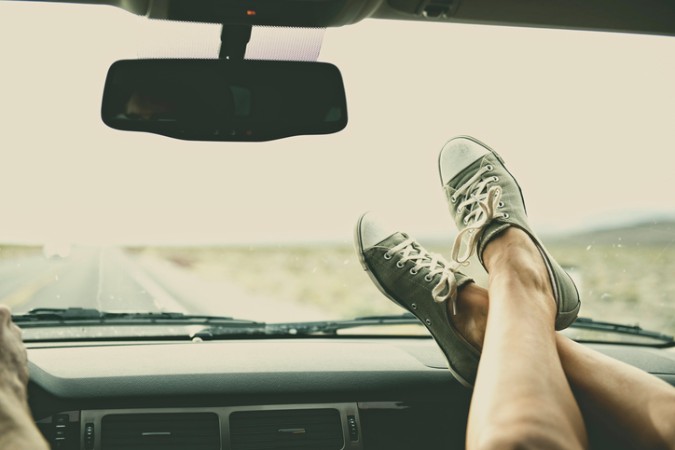 Even when her husband warned her that it was dangerous, she believed she’d be OK.

“All my life I had my legs crossed and my foot on the dashboard,” Tatum told CBS News. 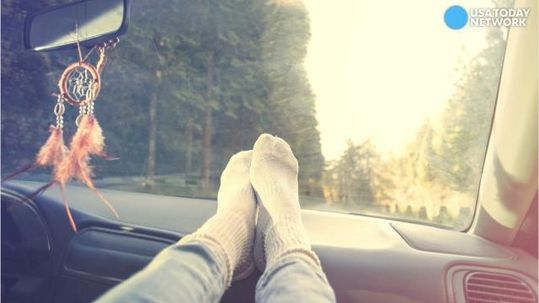 “I’ll put my foot down in time,” she’d always say. 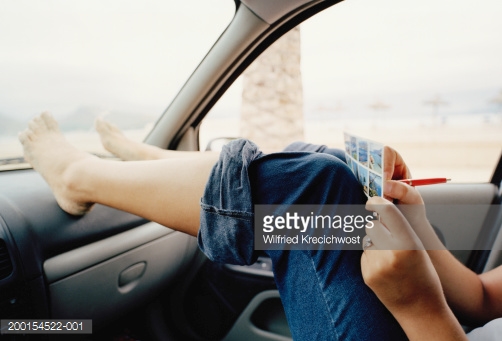 But now, Tatum is singing a much different tune.

On August 2, 2015, Tatum and her husband were driving to her parents’ house when a car whizzed by unexpectedly, causing them to T-bone him.

WORDS OF WARNINGThis is why you shouldn't put your feet on the dashboard. Know anyone who needs a reminder?

The airbag on Tatum’s side deployed, and because her foot was on the dashboard, it threw her foot up to her face, breaking her nose.

“I was looking at the bottom of my foot facing up at me,” Tatum told CBS News.

Everyone walked away from the accident with minor injuries. 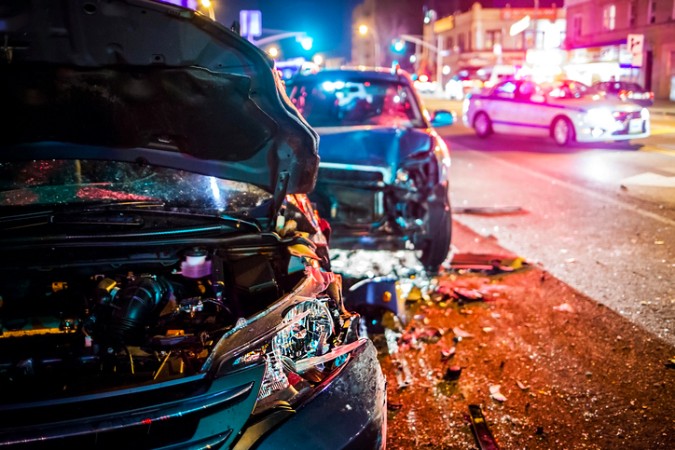 Except for Tatum. Her ankle, femur, and arm were all broken.

“Basically my whole right side was broken, and it’s simply because of my ignorance,” Tatum said. 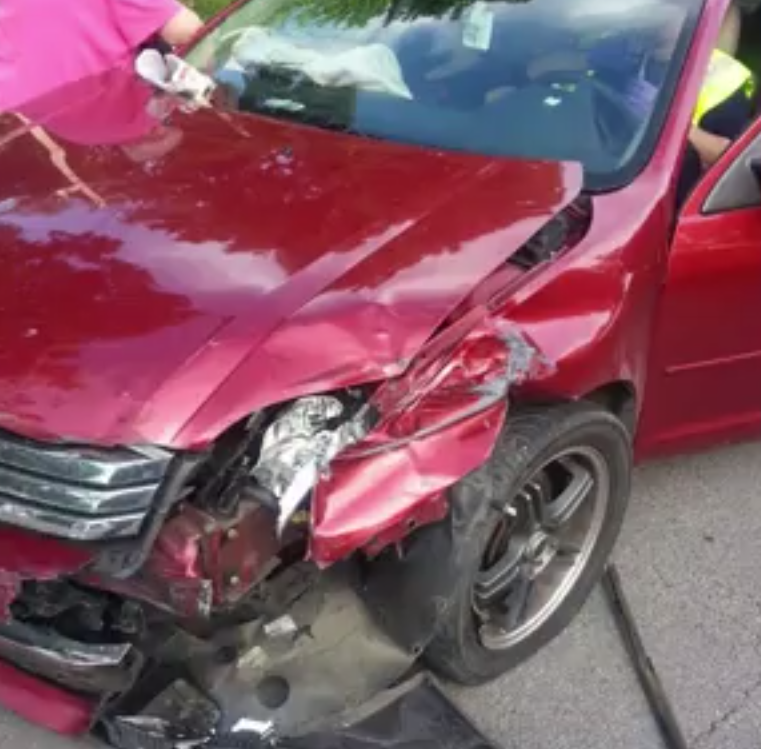 “I’m not Superman. I couldn’t put my foot down in time.”

She certainly learned that lesson the hard way.

The Chattanooga Fire Department recently posted this warning, which is all too relevant considering Tatum’s accident.

They said that an airbag could “send your knees through your eye sockets,” which is an incredibly uncomfortable thought.

To follow up, the fire department posted Tatum’s devastating story as a warning to others.

Video: Real Life Local Example On our earlier post about the importance of keeping your feet off the dashboard, some…

Tatum had to endure multiple surgeries and weeks of physical therapy to recover. She wasn’t able to walk until a month after the accident.

But how is she doing now?

Two years later, she’s still dealing with repercussions from her decision to sit with her feet on the dash. 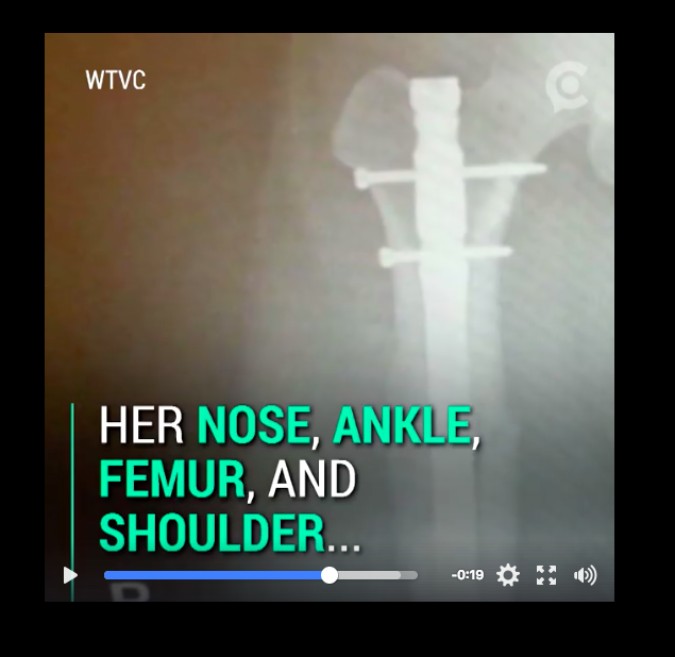 But rather than cave to defeat, Tatum wants to use her experience to educated others.

She started a GoFundMe campaign to help her spread her message to others and help save lives.

She’s very clear that her medical expenses were covered by her insurance and that this money she’s raising is to help buy billboards, book speaking engagements, and share her story with as many people as possible in order to prevent others from making the same mistake she did.

Next time you want to ride in the car with your feet up, think again. 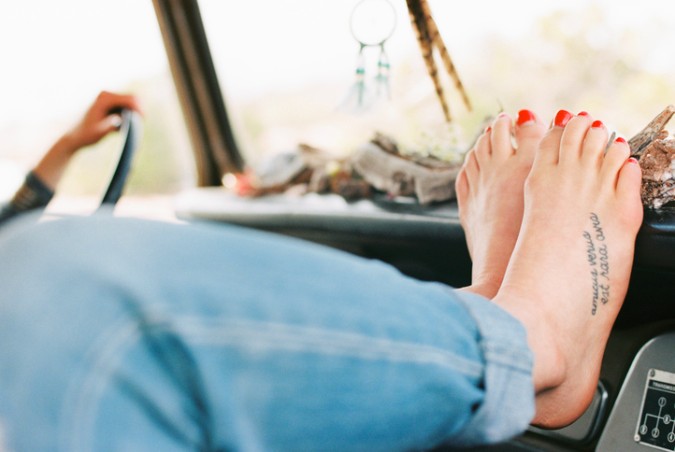 The airbag itself may seem like it injured Tatum, but she’s convinced things would have turned out worse if it hadn’t deployed.

“It could have done so much more damage,” Tatum said.

“It did make it break my nose, but I could’ve hit the dash a whole lot harder without that airbag,” she told CBS News.

Any way you slice it, riding with your feet up is a danger you don’t want to risk.

Heed Tatum’s advice, and stay safe out there. 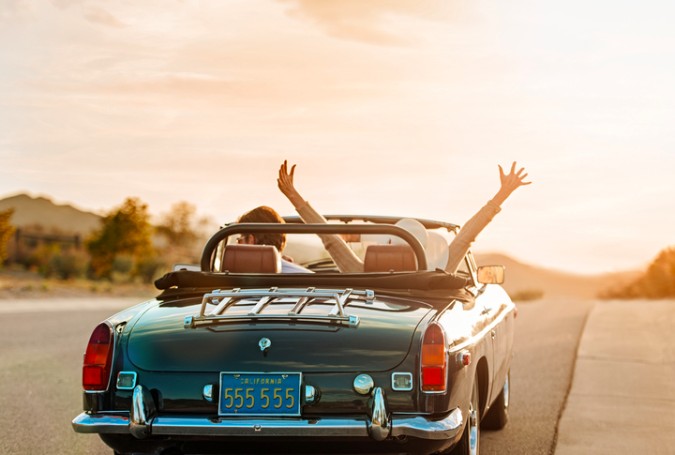